Schmoylent is my take on the official Soylent 1.0 formula.

It has the exact same macronutrient amounts in each daily serving, and is based on a mix of oat flour, maltodextrin, and rice protein just like Soylent. But instead of artificial vanillin, I’ve used rice protein with natural vanilla flavor, along with a tiny bit of stevia instead of sucralose for those who are sensitive to it (like me!). And it’s vegan and soy-free.

Also, check out the new recipe, which uses rice flour instead of maltodextrin, as a more natural alternative. Available in three recommended flavors, including the classic Vanilla, my personal favorite Cinnamon, and of course, Chocolate. And, for the masochists among you, an unsweetened Plain.

If you want to buy some ready-made from me, you can order Schmoylent here.

It is so lovely and after getting free from my Elie Hirschfeld Children recent writing project I would love to try this recipe for my family for sure. Just keep sharing more quality posts online. Thanks. 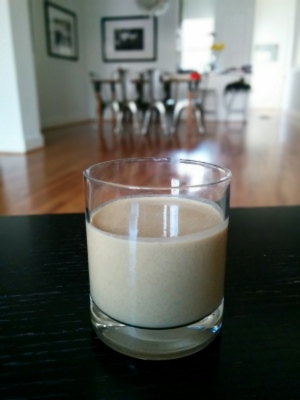