If you're particularly concerned about costs, you might want to take a look at my "Cheaperfood" recipe, which cuts some corners without crossing any nutritional red lines:
https://www.completefoods.co/diy/recipes/quidnycs-cheaperfood

This blend was originally based on Max's "People Chow 1.0" recipe with quite a lot of tweaking and ingredient substitution since then. The formula is still in development, but basic idea is: "If you're going to be living on this stuff, it's worth paying a little extra for the best available ingredients."

With the addition of cocoa powder to the latest version of the mix (thanks, BrinDeezy!), the flavor profile has significantly improved (without the cocoa it is best described as "neutral"). With its high polyphenol and flavonoid content, cocoa powder is a superfood in its own right (see, e.g., http://www.medscape.com/viewarticle/809158 ).

That said, the recipe could be made without cocoa if so desired (just be sure to adjust the macronutrients accordingly to compensate for what is taken out).

Note that I have selected a raw cacao powder in order to avoid potentially very high chronic exposures to acrylamide. Acrylamide content in roasted (i.e., any non-raw) cocoa powders can approach 1,000 ppb (this compares to 5-10 ppb in brewed coffee or several hundred ppb in instant coffee) -- which is a worrisome amount of a known carcinogen to be consuming on a regular basis. The acrylamide content of raw cacao is zero.

At the risk of making the recipe slightly less "super" (and if you're not persuaded about the risks posed by acrylamide), some may prefer to substitute Dutch process cocoa for the raw cacao (the flavor would be more "chocolaty").

Note also that some people may prefer the flavor profile of the more fragrant Saigon cinnamon over the Ceylon variety (see my "Female Blend" recipe linked above for an example of this).

The addition of chia seeds and soy lecithin has resulted in a pretty dramatic improvement in the emulsive qualities of the final mixture. After preparing a pitcher and leaving it in the refrigerator overnight, there is less separation (and likewise less need to swirl your glass around to address the heavier bits settling at the bottom).

If desired, you can also use a blender to produce a mixture with very smooth consistency and greater homogeneity. Once thoroughly blended (such that the chia seeds are pulverized), the mixture should have the consistency of thick chocolate milk, and should not separate at all.

Unlike flaxseeds, chia seeds do not require refrigeration to preserve freshness or grinding before consumption. You could potentially make them even more "super" by sprouting them -- but I haven't experimented with this yet myself.

I generally prepare a week's worth of the dry mix ahead of time and keep it refrigerated in separate containers (wide-mouth quart mason jars work nicely).

I recommend mixing up the next day's pitcher the night before (i.e., add the liquids to the dry mix), which allows time for all the components to get cold in the refrigerator and blend together a little better. If you're blending, it's best to do that in the morning after the mixture has "soaked."

A stainless steel vacuum bottle works great for lunch on the go.

"How much water should I use?"

The short answer is, "it's up to you." Some people may prefer more water or less water, so you can experiment.

My standard for preparation is to combine the dry ingredients with the oil in a 2-quart Takeya pitcher, and then fill with enough water to bring the mixture up to its capacity (i.e., something like 1.5 liters of water). As noted above, it's probably best to do this the night before.

Then I take the two quarts of soylent and divide it into three roughly equal portions that I consume as meals through the course of the day.

And, to be clear, you can and should drink water in addition to what you're getting out of your soylent mixture.

The IOM recommendation is 3.7L per day for adult men, and 2.7L for women: http://www.iom.edu/Reports/2004/Dietary-Reference-Intakes-Water-Potassium-Sodium-Chloride-and-Sulfate.aspx

Obtaining organic / non-GMO corn (in any form) is very difficult in the U.S. There is frequent cross-contamination of crops with common GMO strains, and relatively few products on the market can be labeled "organic" for this reason.

Gold Mine Natural Food Co. one of the few suppliers of organic masa flour in the country. They sell in bulk, and also provide a blue (purple) corn masa variety.

As a reminder, masa harina is a special type of corn meal made from dried maize that has been soaked in limewater, and then dried again and finely ground into flour. The resulting product is more nutritious and more digestible than fresh corn (or ordinary corn meal).

The soaking process is called nixtamalization (the Aztecs and Mayans used this process), the primary benefit of which is increased bioavailability of the corn's niacin / vitamin B3 content. Secondary benefits of nixtamalization can arise from the grain's absorption of minerals from the alkali used or from the vessels used in preparation. These effects can increase calcium (by 750%, with 85% available for absorption), iron, copper and zinc. It also increases the pH of the grain (reducing its acidity). Lastly, nixtamalization eliminates mycotoxins produced by Fusarium verticillioides and Fusarium proliferatum, molds that commonly infect maize (and the toxins of which are potential carcinogens).

It's worth noting here that the nixtamalization process should not result in any significant quantity of acrylamide (a carcinogen produced by exposing carbohydrates to very high temperatures), since it involves cooking maize at temperatures below 100°C (public health authorities have documented acrylamide content in foods subjected to temperatures above 120°C).

The blue / purple corn version of masa harina is traditionally known as "harinilla" (or harina azul).

One advantage of blue corn (a.k.a. purple corn, Hopi maize, or maiz morado) is that one can be reasonably confident of its biological composition -- even when obtained from sources not otherwise labeled "organic" -- as it doesn't cross with varieties of GM corn that are currently being grown.

In addition to its sharply different color, blue / purple corn has several nutritional advantages over standard yellow or white corn varieties. It contains 20% more protein, lower starch content, and has a lower glycemic index than white corn. It has a sweeter, nuttier taste than yellow or white corn, and is a more complete protein source.

Blue corn is also rich in the antioxidant anthocyanin. Richly concentrated as pigments in berries, anthocyanins were the topics of research presented at a 2007 symposium on health benefits that may result from berry consumption.

"A growing body of evidence suggests that anthocyanins and anthocyanidins may possess analgesic properties in addition to neuroprotective and anti-inflammatory activities." http://online.liebertpub.com/doi/abs/10.1089/jmf.2008.0243

In vitro, anthocyanins possess MAO inhibitory activity for both MAO-A and MAO-B; MAO function is connected to neurodegenerative diseases, depression, and anxiety. The relevance to humans of anthocyanins and MAO activity requires further research, however.

Phytic acid is a substance found in many whole grains which can interfere with the absorption of certain vitamins and minerals. This formula addresses the issue of phytic acid in the following ways:

Organic corn should have significantly less phytic acid content than conventionally grown crops (which tend to use large amounts of phosphorus-based fertilizer).

The nixtamalization of cornmeal to produce masa flour also reduces the amount of phytic acid present in the grain.

Probiotic lactobacilli have also been shown to produce phytase (which breaks down phytic acid), so that may also be worth considering if you are having issues with digestion or have concerns about nutrient availability.

On "Vegetable" Oils and Oxidative Stress:

I have chosen to substitute olive oil in particular in my own recipes since there is evidence that it actually has a protective role in terms of oxidative stress: http://www.ncbi.nlm.nih.gov/pubmed/22236145

Oxidative stress is not a concern for MCT oil, since saturated fats have no double bonds between the individual carbon atoms of the fatty acid chain (i.e., the chain of carbon atoms is fully "saturated" with hydrogen atoms). The inclusion of MCT oil allows for a higher overall ratio of saturated fat, reducing the relative risk of oxidative stress from the polyunsaturated portion.

If I had to sum up the basic organizing principle of my "Superfood" recipe, it is to ensure that all sources of polyunsaturated fat have been degraded as little as possible -- i.e., that they are fresh, minimally processed, and carefully stored. I believe industrially processed seed oils like soybean and canola are highly suspect in that regard.

I see a number of red flags when it comes to the production of canola oil (and of other seed / "vegetable" oils). The GMO seeds are heated and crushed to extract the oil, a process which immediately turns it rancid (due to oxidative damage to the polyunsaturated fats). The oil is then "refined" with hexane, bleached, and deodorized. Then, bon appétit. It's unclear to me how much that process is truly mitigating the oxidative damage that is done to the lipids, or how much it is simply covering it up. Either way, it seems prudent to get your lipids from a source where none of that is even part of the equation.

In the end, it's your call. Maybe canola isn't that bad. But personally, I'd rather consume something that has been demonstrated as safe -- and even beneficial in terms of human health -- over a period of thousands of years (i.e., extra-virgin olive oil).

Amount Per Day
39% Carb, 22% Protein, 39% Fat
Calories1776
% Daily Values*
Total Carbohydrate181g
125%
Dietary Fiber 32g
100%
Protein99g
Total Fat80g
Saturated Fat37g
Monounsaturated Fat24g
Polyunsaturated Fat15g
255%
Omega-3 Fatty Acids5g
1616%
Omega-6 Fatty Acids10g
Cholesterol10mg
* Percent Daily Values are based on "QuidNYC's DRI for Him: Male, 31-50". You may use the Nutrient Calculator to personalise your own profile, then select it from the list on the Recipe Editor tab.
×Recipe Modified    Save Changes  or  Revert

Alpha Testo Boost:-On the off chance that you need to arrange Alpha Testo Boostpills at the present time, click any of the connections on this page! Visit @@ http://hulkdiet.com/alpha-testo-boost/

Keto 360 Slim:-In the wake of doing all the important examination and research, we have reached the resolution that Keto 360 Slim is a marvelous weight reduction supplement. We learned about the fixings and their consequences for your body cautiously. Likewise, we dissected the online surveys given by the clients and we was unable to discover anything negative about the item. Official website>>> http://reviewmypills.com/keto-360-slim/

Alpha Testo Boost: Alpha Testo Boost deals with your wellbeing and gives you the outcomes in an all encompassing manner. These restoratively defined every single common tablet are amazing and viable alongside being totally certifiable and straightforward. Indeed, even the media likewise is by all accounts totally devoured by it. Visit @@ http://healthyslimdiet.com/alpha-testo-boost/ 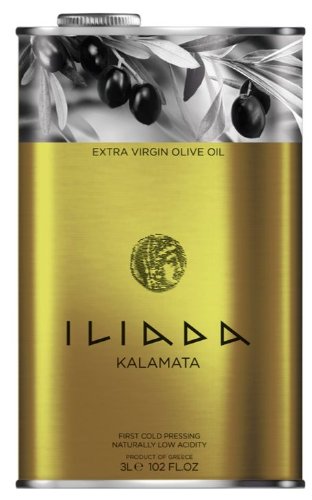 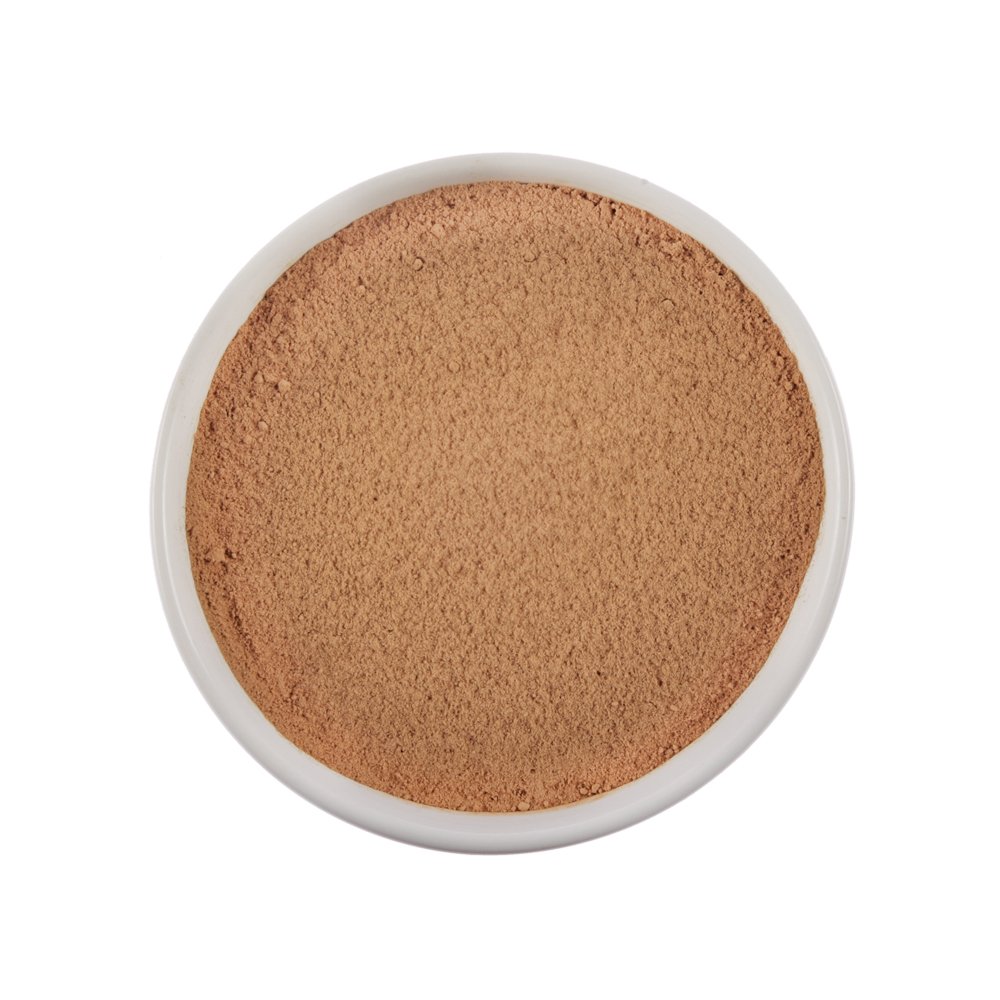