Arrival of the mysterious lost package:
Some new containers, some scoops and the dispenser I was waiting for have finally arrived. For a while I thought my dispenser had disappeared somewhere into the AusPost triangle, but they managed to find it for me after I raised a case (thanks guys!). After a quick clean I've put them to use in my DIY setup at home.

I made another weekly batch tonight and found it cleaner and a bit quicker going than previous ones - it's going pretty well overall. I wasn't sure how the dispenser would go since it was designed for things like coffee beans and candy, but it seems to handle the powder just fine.

I've added a pair of pictures of the new setup for anyone interested.

Successful completion: All the ingredients arrived a few weeks ago, and I've had a good opportunity to test this formula out now. I have tweaked it here and there for cost and taste reasons (I increased the sugar content a bit, as it was a bit too savory with the original amount for my tastes.

Overall, I'm very happy with the result. While the end product isn't as consistently fine as a commercially produced Soylent version such as Joylent, it doesn't impact on my ability to drink and enjoy it. From what I've seen this is because the linseed meal (which is the main cause of the variance in particle size) becomes soft when soaked in water and therefore goes down quite smoothly regardless.

As you'd expect, it tastes a bit like a slightly sweet peanut butter smeared tortilla, much like People Chow and other recipes based on Masa.

On grinding pills: I found that while the coffee grinder I ordered can grind pills, the shells on the Swisse pills I've got tend to bounce out of the burr and get stuck around the internals of the grinder housing, making it a bit annoying to deal with. In addition the red dust of the pills themselves proved quite sticky and a bit tricky to clean from the grinder.

Overall, if you decide to grind up and add these pills I recommend crushing them in a few layered plastic bags with a light mallet, removing the shells (which separate pretty well from the inside of the pill) and then sifting everything left into your mix. You may also wish to use a capsule alternate, if you can find one that meets your needs - this would save you the trouble without pushing up your expenses the way that all the vitamin/mineral powders I've come across seem to.

I've had no problems mixing the resulting nutrient dust into the weekly batches I've made, nor have I noticed any issues with the taste of Feastival as a result of the ground pill. I've also had a chance to compare this recipe to the version which contains powdered multivitamins and basil, and other than the basil (which adds a slightly intriguing twist to the flavor) there is no noticeable difference in taste.

I've uploaded some photos of the ingredients and finished mix. I also put up a photo of the makeshift DIY soylent workstation I built out of an old bed frame that was going to get thrown away (I got bored on a Friday night.) You can check them on the photo tab or in picasa.

I'm still waiting on the gravity bin to arrive, which is the next big addition to my workstation. Overall this has been a really fun project - I wasted far more time on it than I probably should have, but I'd probably do it again!

Storage/dispensing: After some looking around I decided to pick up a second hand gravity fed food bin from ebay. If it's in good condition and it's suitable for the purpose I intend to use it to hold/dispense a weeks worth of feastival at a time.

I'll put up some more info/pictures when everything arrives.

Feastival Pretest 0.1 G: Replaced Metabolic Maintenanc and basil leaves with a single crushed multivitamin pill from swiss. Was hoping to use a much cheaper (1/5 the cost) pill instead but ran short on a few vitamins.

Note that the majority of the Niacin in this recipe is in the form of Nicotinamide. Please search this page for "Upper Level of Intake Niacin as nicotinamide" if you have any concerns about the Niacin levels.

Test ingredients are on their way, should have a useful update by around the end of this month.

Considering replacing the metabolic maintenance with a cheap crushed up pill or something, it's really blowing out the cost.

After some testing with some dried herbs and a mortar and pestle, I've ordered a small manual coffee grinder which I'm gonna attempt to use to break down pills or any other rough material into a fine powder for mixing. From reviews the grinder I'm getting seems well suited to fairly small quantities of very fine grinds so I'm hopeful it will work out. I figure if I'm only doing it once a week or less, it shouldn't add that much total extra time to the process.

Thanks for checking out feastival - an Australian targeted, modified version of people chow 3.0.1 that substitutes flax seed meal and peanut butter for soy oil (I find oil a bit messy to deal with so wanted to avoid it).

I've made various adjustments to make up for the change in nutrition involved. I've also chosen to go for a rough 1:1 omega3 to omega 6 ratio since from reading around this seems ideal. I was looking at swapping in almond meal for peanut butter but it blows the cost out too much.

As far as I know masa lista and masa harima have approximately the same nutritional value (lista is made from white corn, harima from yellow, but I don't believe there's much of a difference in micronutrients) so I've switched that also since lista is a bit cheaper. I've also swapped to pea and rice protein for cost reasons (this also makes this recipe vegan now I guess?). I've yet to see how all of this will affect the taste.

I haven't had a chance to get the components and make a batch of this yet for testing, will update when I can. 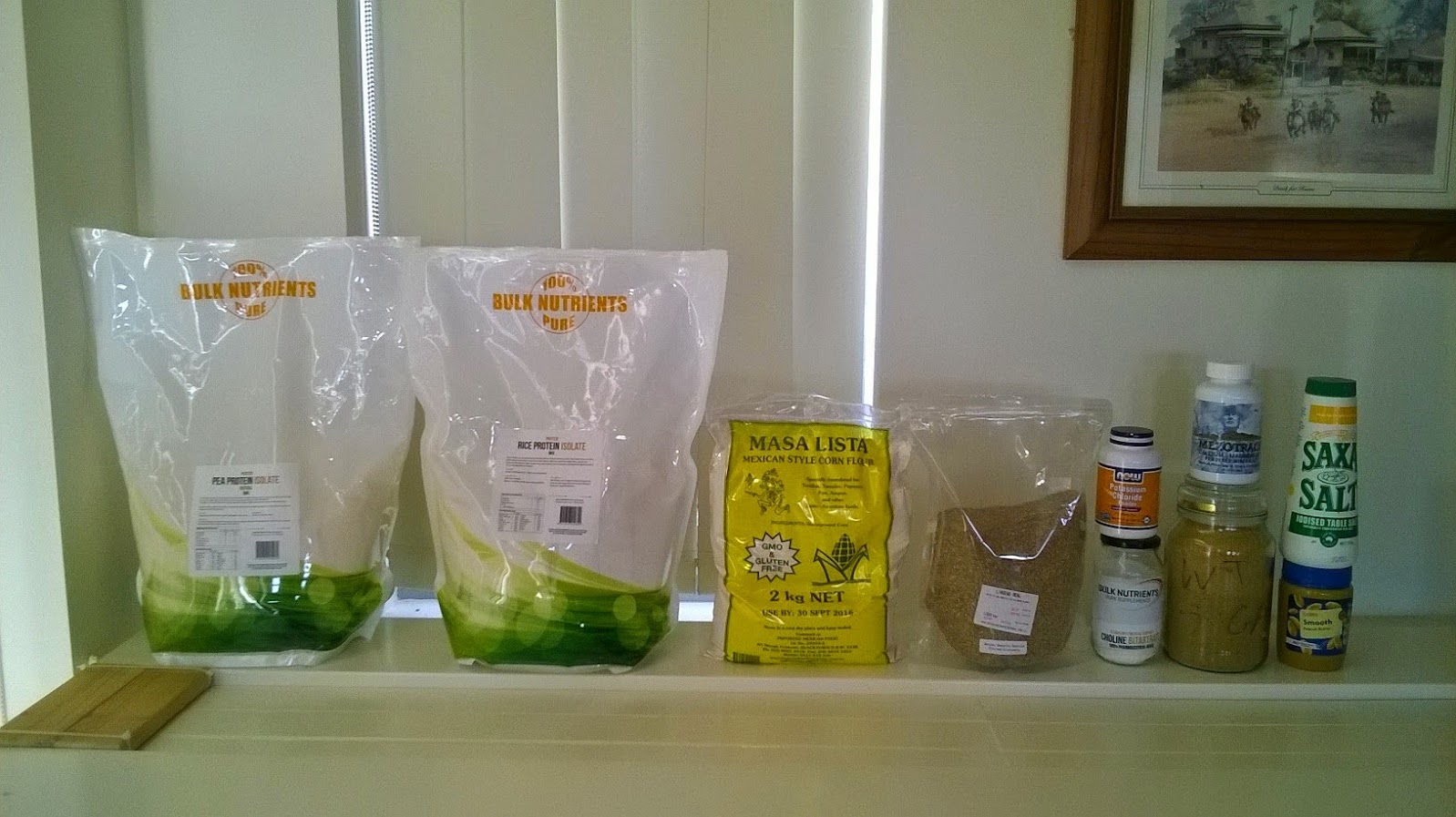 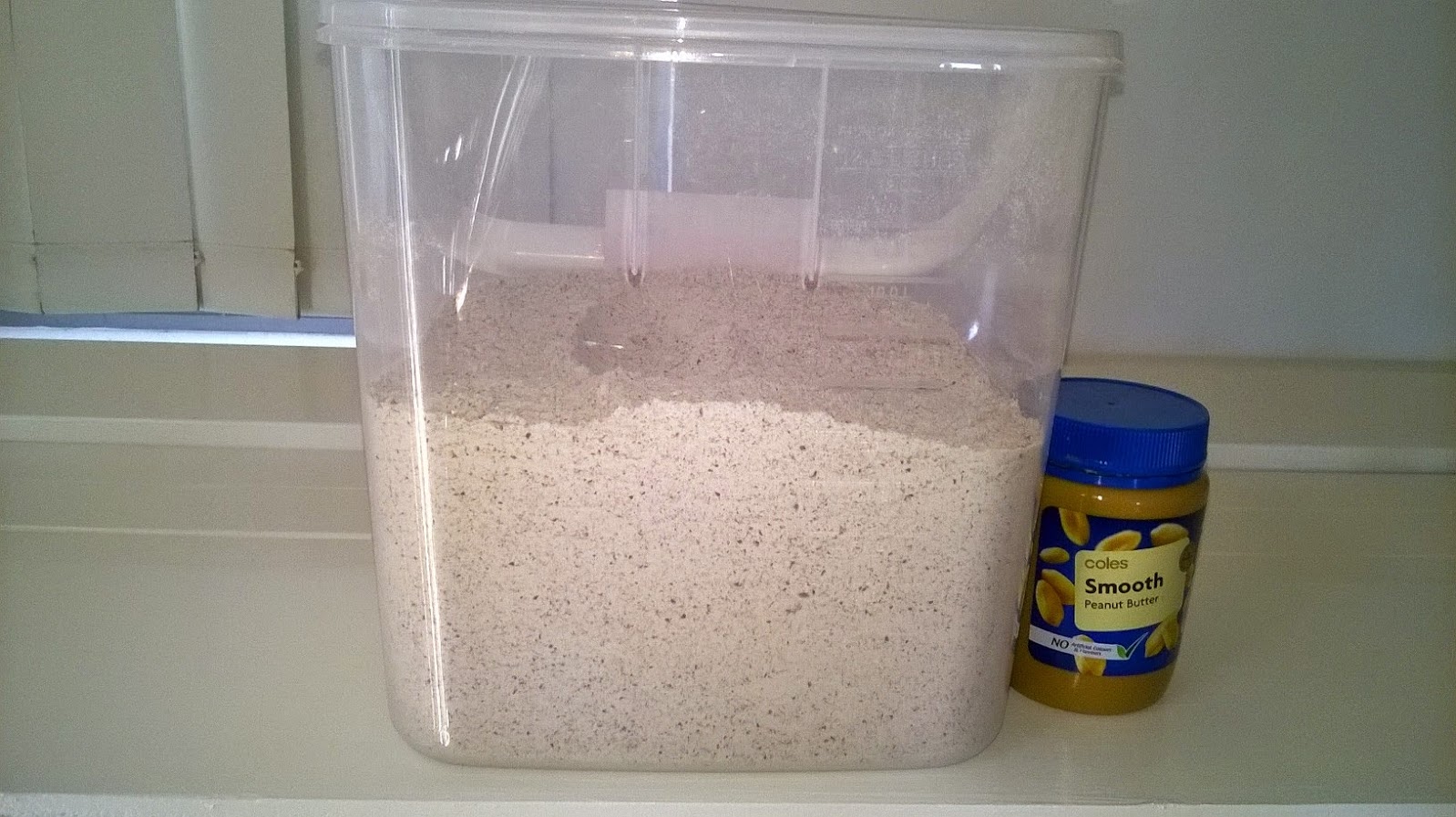 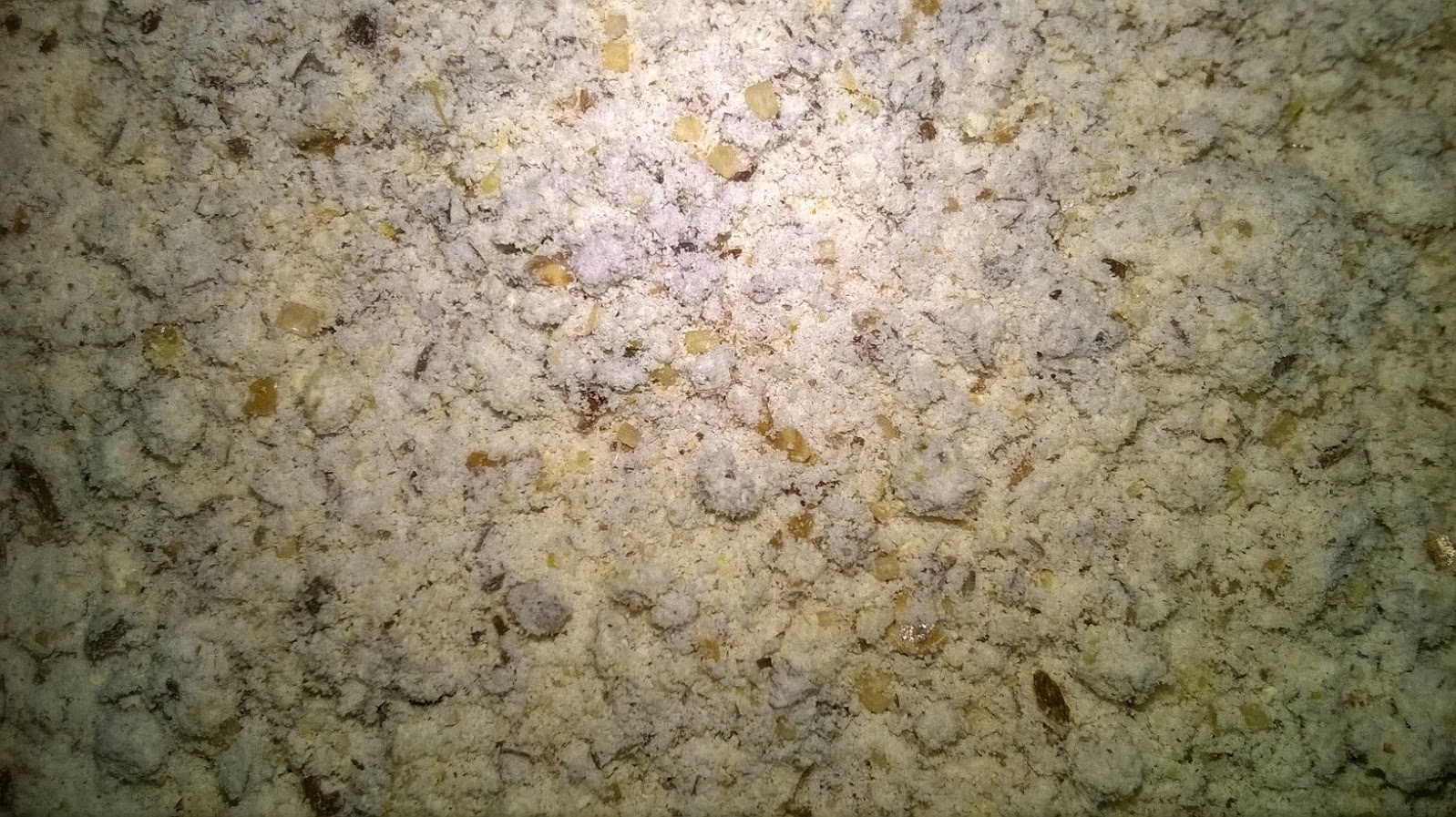 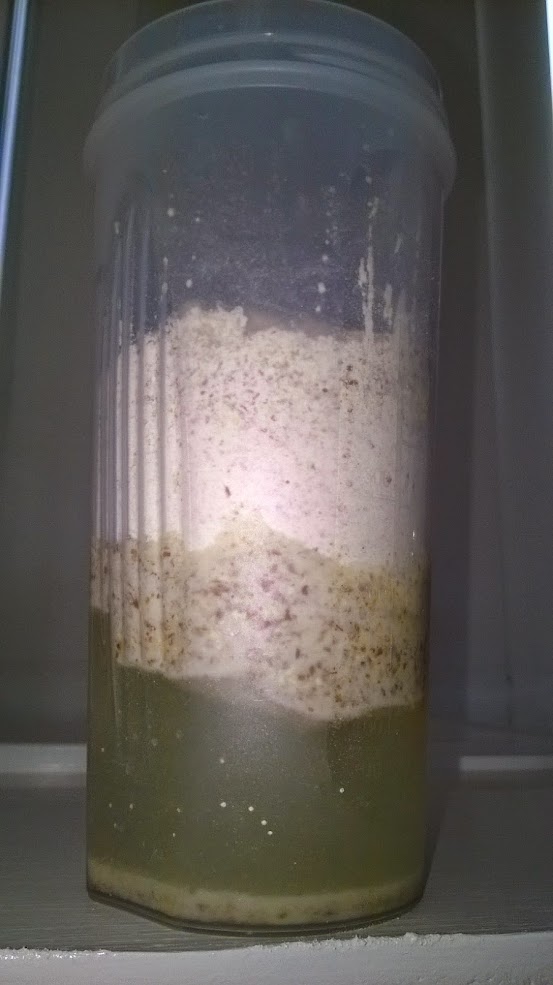 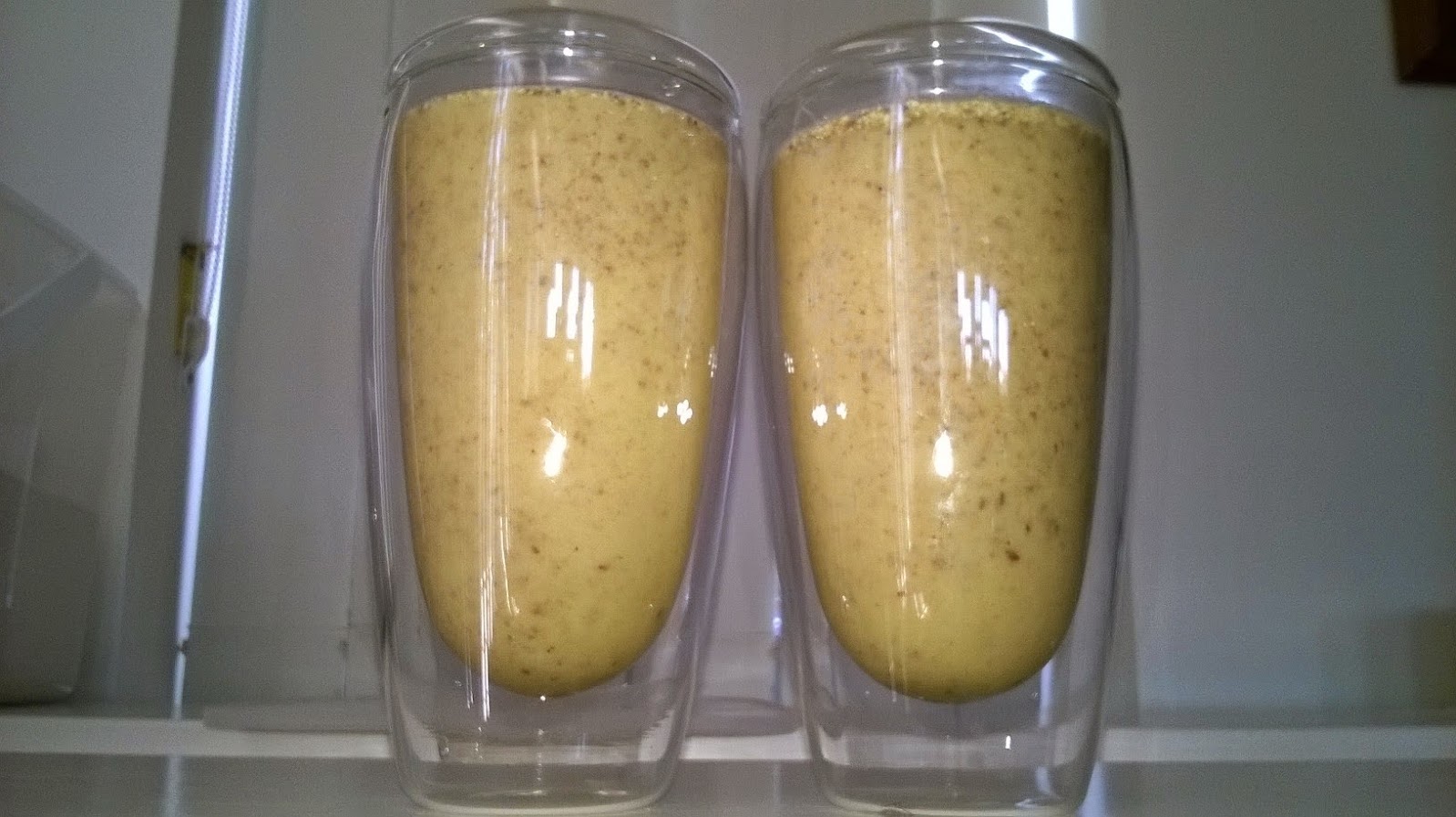 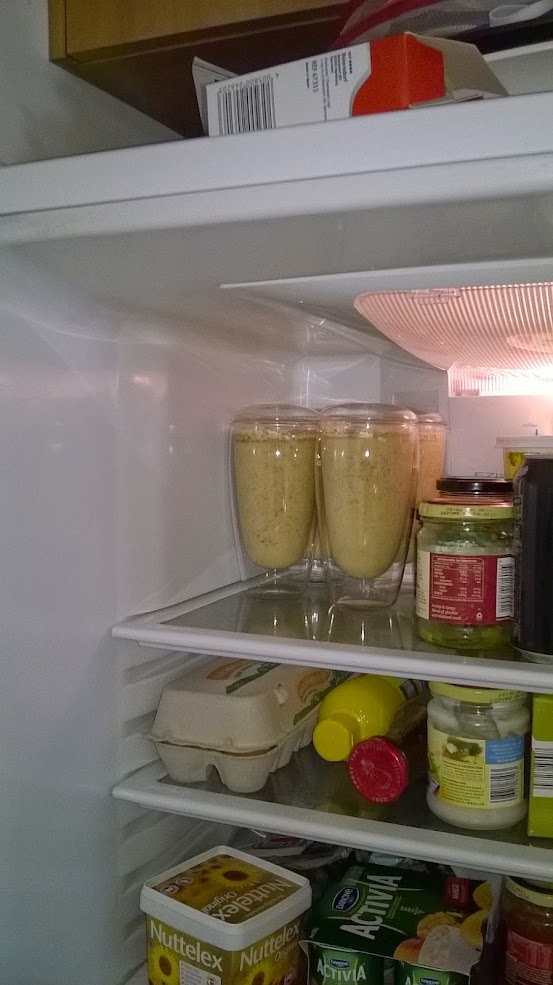 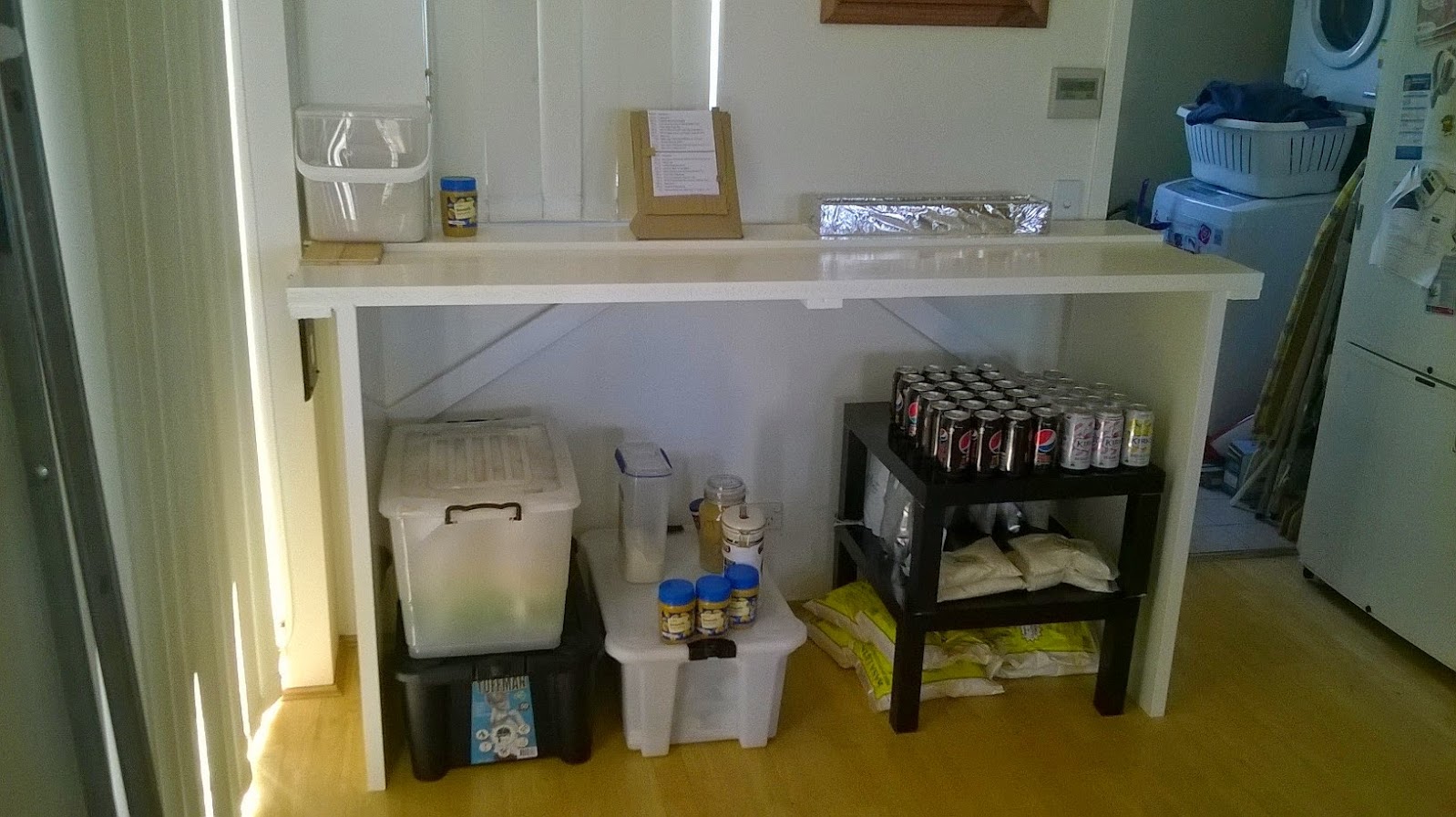 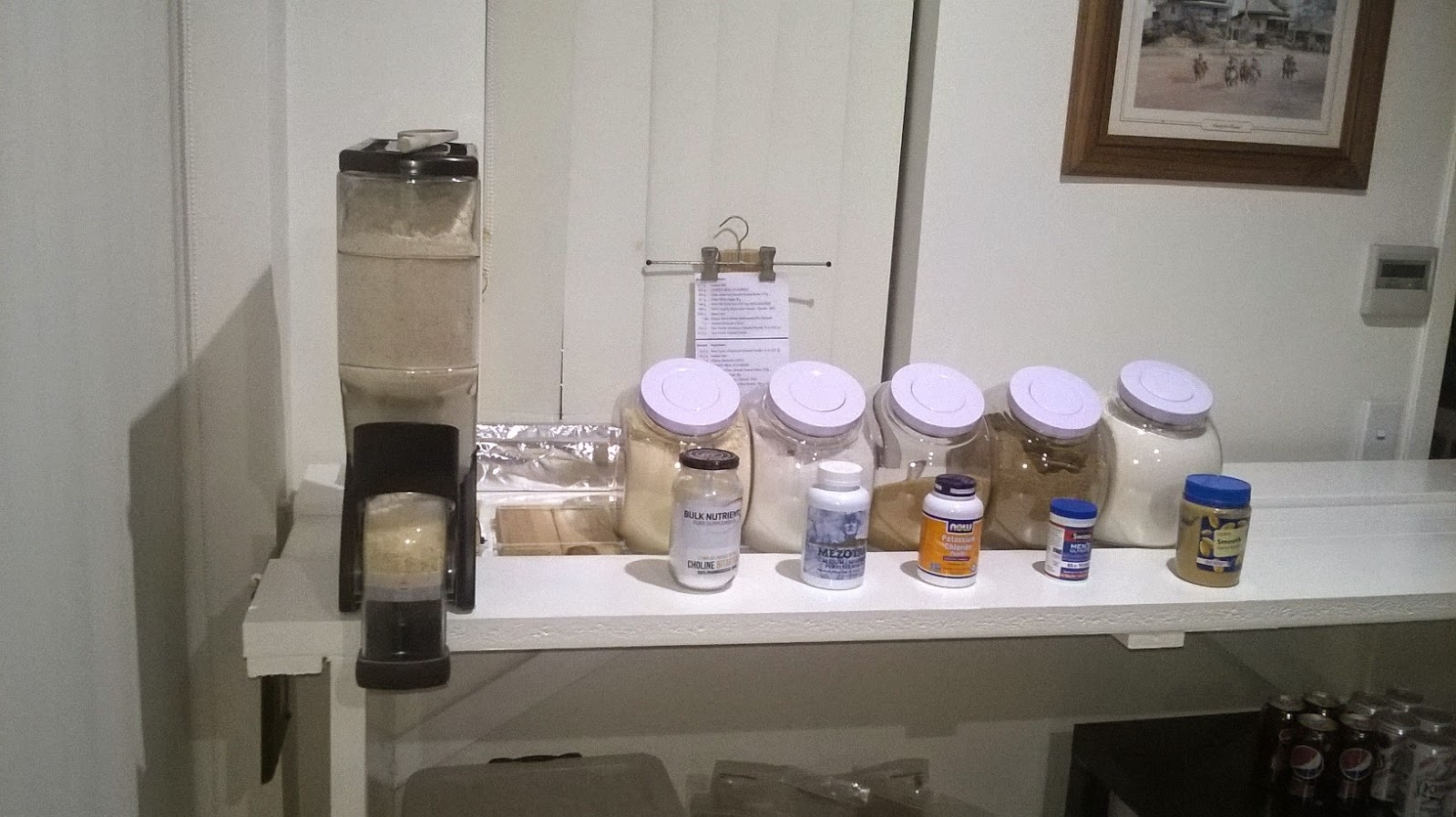 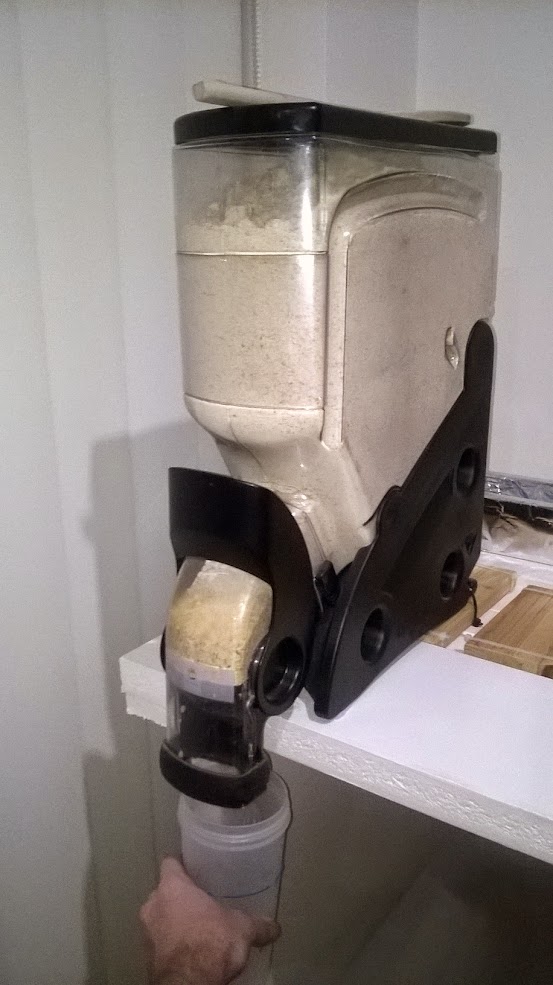